There are two essential fatty acids, omega 3 and omega 6. They are called ‘essential’ because you can’t manufacture them in your body you have to get them from your diet or supplements.

It is estimated that we are getting up to twenty five times more omega 6 fats from our diet than omega 3.

Inflammation can lead to not only visible signs such as joint pains, arthritis, swollen gums, skin problems and colitis, but also serious illnesses such as heart disease, type 2 diabetes, Alzheimer’s, osteoporosis and cancer.

These inflammatory substances not only cause pain, such as from arthritis, joint pains but they also make your blood clot faster thus increasing the risk of heart disease. The inflammation can also cause skin problems like eczema. Research has shown that omega 3 fatty acids can reduce the risk of heart disease and circulatory problems such as varicose veins, help to lower blood pressure, reduce the risk of clots, decrease the growth of fatty plaque and are helpful for children with hyperactivity and dyslexia.

Omega 3 essential fatty acids are crucial for the correct functioning of all your cell membranes, which are made up of 60% fat. They help your membranes to be more fluid and flexible which is important for your heart health. Cells and arteries tend to get harder with age, so anything that can slow this down is helpful.

The use of omega 3 fish oils has been shown to reduce the risk of strokes and to reduce the risk of coronary artery disease and heart attacks. On the other hand, the omega 6 fatty acids can produce more of the substances that produce inflammation. Research has shown that people who have diets high in omega 6 and low in omega 3 fatty acids produce more inflammation which is linked to a number of degenerative ‘old age’ diseases including heart disease and Alzheimer’s.

DHA which is the major omega 3 fatty acid in the brain seems to have the most protective effect against Alzheimer’s. The DHA in Omega 3 fatty acids helps to prevent the plaque forming in the brain which is present in Alzheimer’s. Research performed over 8 years with blood samples to measure omega 3 levels and MRI scans has shown that the hippocampus, the part of the brain important in cognitive function, is smallest in those people with the lowest omega 3 in their blood.

Research has shown that they can help women with period pains. Showing a significant reduction in pain intensity after three months and also women being also to reduce their doses of ibuprofen for those women with extreme dysmenorrhoea. The omega 3 fatty acids are also extremely important for women with endometriosis, helping to control pain and inflammation and heavy periods as they help to control blood flow.

The correct balance of these omega 3s is important if you have PCOS because the omega 3s help to overcome insulin resistance which is the main cause of PCOS. These fats also help to reduce male hormones and so can help reduce both acne and excess hair growth. And over time by making your body more sensitive to insulin can help to give you back a regular cycle and regular ovulation.

Studies show that children of mothers who consume omega 3 fatty acids during pregnancy (and went on to breastfeed) perform better in terms of IQ at the age of four.

These omega 3 fats are also thought to be able to reduce risk of allergic diseases such as eczema and asthma in children if the mother took them in pregnancy because they play such a large part in controlling inflammation.

What is special about this test?

This finger prick blood test not only measures your ratio of omega 6 to 3 but also gives you a comprehensive list of all your fats including; omega 9, 7, EPA, DHA, trans fats, saturated fats and alpha-linolenic acid. 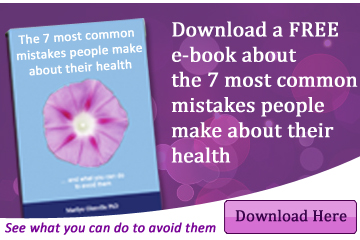 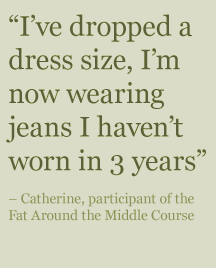